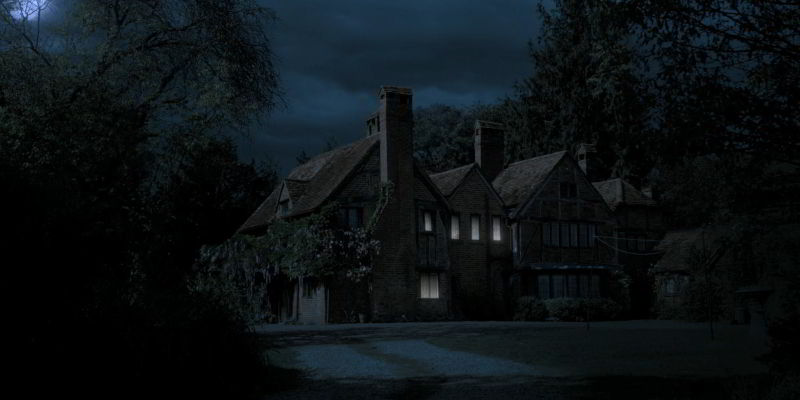 Cinderella on Amazon Prime has been a breath of fresh air in the Disney-esque musical gene of late. However, before you feel this might not be for you…try my pass time – building spotting on British films! I joined my family only for the last half hour and was immediately drawn in with shots from Waddesdon Manor, Capability Brown’s bridge at Blenheim Palace, Ockwells Manor and Dorney Court near Windsor (also of Bridgerton). What I didn’t expect to see was the charming home of a recent client forming the scene for Cinderella’s House!

The image above shows it in an ‘alter ego’ character as dark and foreboding but I can assure you it is a real ‘English countryside’ gem – which you’ll see if you watch Cinderella. Cleverly the film shows only the rear of this property and uses a different building as the other main elevation. The advantage is its anonymity is preserved – it also cannot be identified from the film credits. So, if you are considering putting your property forward as a film location but wish to remain discrete this seems very possible – and your property could be recorded for posterity!